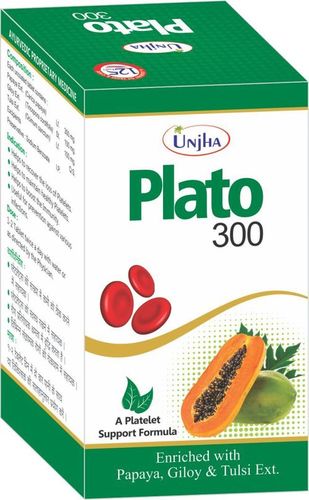 In the rainy season, the problem of water logging is very common. It is often natural to have different species of mosquitoes in this water. Aedes mosquitoes also flourish in such stagnant water that is carriers of dengue virus. With their saliva, dengue virus enters in human blood stream.

Dengue viruses damage the cell membrane of specific cells found in blood known as "Platelets".Subsequently platelets begin to break. As a result, the number of platelets in the blood starts reducing. The work of platelets is to maintain blood thickness and its clotting. When platelets get reduced, the blood becomes diluted, which can endanger the patient's life. That's why, Dengue is considered to be such a dangerous disease.
Medicinal Properties of Plato 300:
Plato 300 is a helpful medicine for platelets. It has been produced from the papaya leaf, Giloy and Tulsi's standardized extract. It has been proven in modern studies that active ingredients
"Flavonoides"found in papaya leaves, protect the cell membrane of platelets from breaking down.Since the breakdown process is slow and platelets are formed naturally in the bone marrow, there is an increase in the number of platelets in the blood soon.
Giloy and Tulsi protect against infectious diseases and increase the immunity of the body. Plato 300 can be used not only for disease treatment but also for prophylaxis.
The best time of its consumption is from July to December. Those people whose immunity is weak and they become ill again and again, they must consume the Plato300 daily. Before taking this medicine, especially (in children), take the advice of the physician.
Features of Plato 300:
It is made from Papaya leaf, Giloy stem and Tulsi's standardized extract. Extracts of papaya leaf is standardized up to 2.00% Flavonoides, Giloy Extract is standardized up to 5.00% bitter.
Using standard extracts of drugs,each batch produces the same standard quality product and results are also bestserved.
Dosage: 1 to 2 Tablet twice a day with water or as directed by the Physician.
Packing: 60, 200, 1000 Tabs
Special advice: Contaminated water, Outdoor meals, Ice cream, Cold drinks, Refrigerated water should not be taken. Do not eat any fruits or vegetables without washing it. Wear full clothes and keep the body covered. 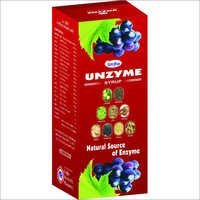 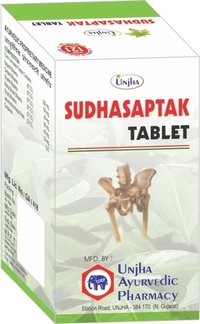